Researching about the place in Poland, where my father came from and where my relatives lived, I founda picture of a wooden Synagogue with an incredible and original desing. It was the Synagogue of Kossow Lacki, a city where use to  live the parents of Samuel Trotz my cousin of Berkeley, California. It was built 200 years ago and it was burned by the Germans in World War II. The Jews of the citiy were forced  into the Synagogue and were burned alive.

Later, I came across the National Yiddish Book Center in Amherst, Massachusetts, near Boston, and that the architect had designed that building, inspired by the forms of the Wooden Synagogues of Eastern Europe. These facts have stirred my curiosity, and from  that  point on I began to  research on the history and unique architecture of these buildings.

During 700 years, 700 Synagogues built out of wood

During 700 years, 700 Synagogues were built out of wood, in Poland, Lithuania, Russia, Ukraine and Bulgaria. They survived until the Second World War. Today remains only 7 to 10 Synagogues left intact. We have collected documents, photographs, histories or  illustrations of just 140 Synagogues.

These informations resulted from  my research, which was attended by Vera Menda Hochberg, my wife and Adriana  Yamamoto Hochberg, my daughter.

In Erechim, Rio Grande do Sul,  Brazil, there was also  a wooden Synagogue. It is the city of my friend David Raskin.

The Synagogues were built out of wood, because of the abundance of this material in the region, and also by reason of being the Jews only guests of Poland, and therefore they were not  considered nationals. Wood was a material that would not have a permanent duration! But with the Jewish wisdom, many synagogues had triple-wall: wood, bricks and cement, and were internally coated again with wood !

Memorial Project of the Wooden Synagogues

With all information at hand I started the Memorial Project of the Wooden Synagogues. I have drew 140 synagogues in a scroll, and the trees of life, were made in Miedzna, the village where my father Jayme Hochberg was born. Through the internet I found a sculptor who lives there, and I personally went to Miedzna to bring back the  trees of life. They were made out of wood from that region of Poland. The blue velvet mantle was designed by Vera Hochberg and the gold embroidering by Mrs. Halina Pyrac of Miedzna.

Looking at the synagogues we are amazed by their beauty and originality. We are proud of the architectural and creative ability of the Jews of that era. Internally, the ornaments were extremely sophisticated  with paintings, furniture, chandeliers and stained glass. The windows often had the shape of the Tablets of the Law.

In Miedzna, a village of just eight streets and 250 Jews, there was a small wooden Synagogue. At the door, there was a barrel with water to wash their hands before entering, and very serious believers, praying with  great fervor, impassive to the jokes Catholic children that try to distract them with birds (wrobels). At the site of the Boznica (Synagogue in Polish) was built a bank. at the corner of the street (ulica) Bednarska; just two block away still exists the school of my father … 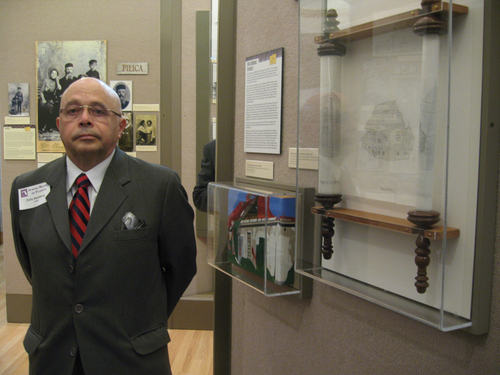 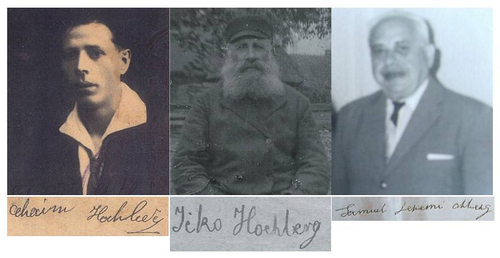 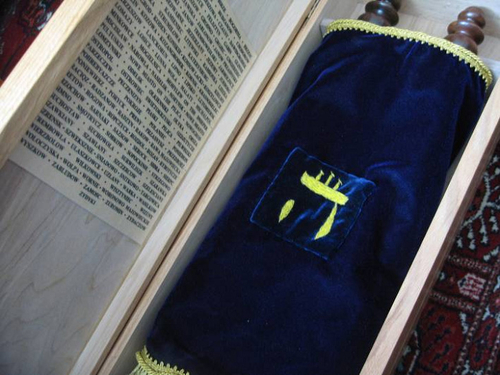 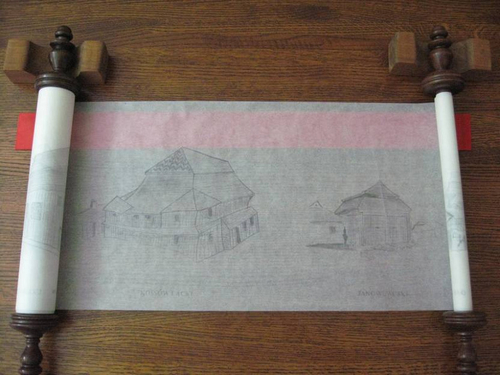 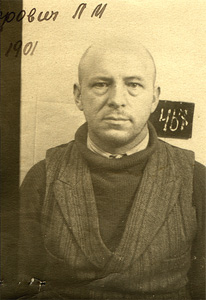